Can RI DUI charges be dismissed? 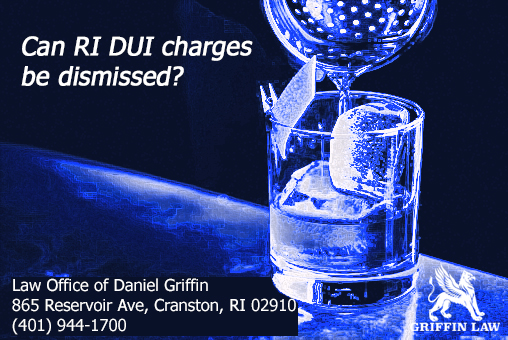 I just got a DUI charge in Rhode Island- can it be dismissed?

With a lawyer, your charges have the possibility of being dismissed.

According to the latest public records, Rhode Island courts convict about 67% of the offenders who are charged with a DUI. The other 33% are dismissed, and the reasons for that are many. Of the 67% of convictions in the state, nearly 100% of them become eligible for expungement once certain criteria are met.

One of the most common causes for a DUI dismissal is due to the actions of the arresting officer at the time of offense. In every state, the requirements for probable cause are different. However, in Rhode Island, police must have a very solid reason to stop you (unless it’s at a legally mandated roadblock where every vehicle is stopped).

During your hearing in court, the arresting officer must testify as to the reason he or she pulled you over. Keep in mind, though, that their reasons don’t have to necessarily pertain to an obvious impairment.

For example, if you’re found throwing trash out your car window or changing lanes without signaling, it can be used as probable cause to stop you. Then, if the officer suspects an impairment on your part, he or she can request a sobriety test.

If you fail the test and get charged with a DUI, chances are you will be convicted, and the case will not be dismissed. Instead, you will be required to satisfy the courts in order to get your record expunged at a later date.

Officer’s failure to appear in court

Also, if the arresting officer does not appear for the court hearing then your case may get dismissed as a result. Then again, the courts may simply schedule a different hearing date. By hiring an experienced attorney, your chances of using the officer’s absence in your favor are far greater.

A good Rhode Island DUI lawyer will take advantage of the state’s time limit requirements. If the limit between the arrest and the hearing is exceeded, especially if there has already been an extension, your case will likely be dismissed.

Another thing that may get your case dismissed is if the arresting officer neglected to read you your Miranda rights. Additionally, your lawyer may be able to fight the accuracy of the field sobriety tests used, including the breathalyzer and blood tests collected at the time of your arrest.

If all else fails and you do get convicted of a DUI, your attorney may be able to have it expunged from your record under a few specific circumstances.

Getting your case expunged

In Rhode Island, the law allows for DUI expungement depending on the outcome of the original case. While most felony DUIs are ineligible for expungement; misdemeanor DUIs are eligible for immediate expungement if you are not found guilty or if the case was dismissed. In fact, many DUI cases get dismissed when the defendant is convicted of a chemical test refusal charge. So, while you may be required to do some jail time and stand trial, refusing the test may bode well in your favor later.

Of course, you should always contact a good DUI lawyer in Rhode Island to initiate the dismissal and/or expungement process on your behalf. Daniel Griffin in Cranston specializes in DUI cases. Contact the Law Office of Daniel Griffin today for a free consultation.