DUI Without Probable Cause 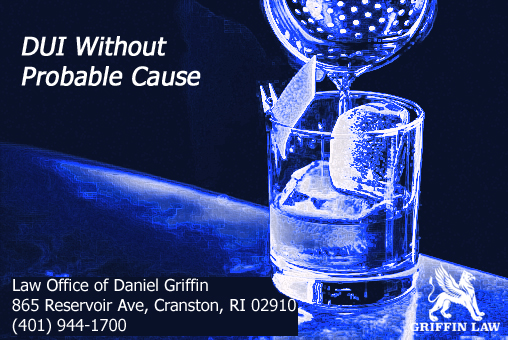 I was charged with a DUI without probable cause. What do I do?

When you are charged with DUI without probable cause, the officer arrested you based on their observations. Get a DUI lawyer, this will be a tough one in court.

Sometimes, people who are pulled over on suspicion of driving under the influence don’t know their rights. It is extremely important to understand all of your rights as they pertain to being pulled over on suspicion of DUI. The first thing you should know is that a police officer will need to have probable cause in order to pull you over in the first place. As it pertains to the law, probable cause is having enough dependable information to support the belief that a person is guilty of a crime, such as driving while impaired.

Examples of Probable Cause

An injury or accident is one example of probable cause. For example, a police officer may find you after a car accident has occurred or after you triggered some type of injury to another person or yourself. Evidence like this generally provides probable cause.

If you behave badly when you are pulled over, this makes the case for probable cause even stronger. Probable cause starts through a police officer’s primary observations and may be strengthened by your poor conduct.

This is why politely co-operating with a police officer is always the smartest legal strategy.

How to Fight Your DUI Charge

With DUI cases, courts usually give more weight to the police officer’s statements. If there isn’t probable cause, your DUI attorney may file a motion to suppress. This will be an attempt to get the case dropped.

Probable cause isn’t justification for “pretext” stops. While cops do have the power to pull people over for basic traffic violations, they cannot utilize traffic stops as pretexts to start investigations.

When it comes to a DUI without probable cause, it’s very important to retain the services of a talented and dedicated DUI lawyer in RI who has a proven track record in court. You need this kind of legal firepower. Without it, proving lack of probable cause may be very difficult.

If you’ve been pulled over in Rhode Island and you need an RI DUI attorney, connect with the team at The Law Office of Daniel Griffin today. Daniel Griffin’s law office is in Cranston, Rhode Island and he brings years of DUI case experience to his legal duties. He has a proven track record, including a good win-loss record in court.

When you have the right DUI attorney at your side, fighting probable cause (and your DUI charge in general) will be so much easier. Without a great attorney, you may lose your license, need to pay big fines and be forced to spend time in jail.