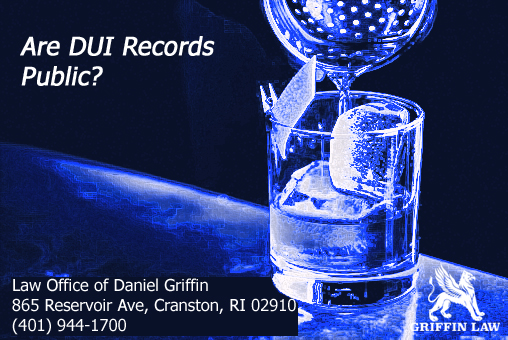 Are DUI convictions part of the public record?

When people are convicted of crimes in America, including DUIs, their criminal convictions become a part of the public record.

It’s quite easy for others to look up your criminal history if they want to. It’s usually as simple as visiting a courthouse or using another public database. Access to criminal records may need to be officially requested in some cases.

It’s very simple to access a host of data about the criminal records of others because technology is so advanced. Obtaining access to a public record about a DUI conviction (or performing a background check which is centered on criminal history) is often more labor-intensive than utilizing a search engine.

Getting expert legal counsel from a skilled DUI attorney will be your best defense against a criminal record. A conviction for a DUI offense will remain on a public record for five years in Rhode Island. This is a long time! You may be able to get your DUI charges reduced or dropped with a great DUI lawyer in your corner.

Finding a DUI lawyer who has a proven track record of helping clients to beat DUI charges or get lighter penalties will be the wisest thing that you can do. You do NOT want a rap sheet! You may be convicted and receive the harshest penalties if you don’t get superb legal representation.

DUI Convictions Have a Big Downside

Convictions for DUI offenses are the most common types of convictions in the USA. A lot of people who never had a single legal problem before they were arrested (and used to have clean driving records, too!) have been busted for DUIs. They are convicted in court and watch their lives deteriorate. There are definitely negative consequences to getting a DUI conviction.

Having a criminal record in the public record is a negative consequence! No one wants this!

It’s possible to suffer negative consequences years after a conviction because a DUI stays on a convicted person’s record for five long years. Being convicted of Driving Under the Influence undermines your employment opportunities.

How to Fight a DUI Charge

Hiring a superb DUI attorney is the smartest way to fight a DUI charge. A great DUI attorney may be able to get your charge reduced or dropped. A skilled attorney may be able to arrange for a plea bargain, which comes with lighter penalties, if reduced charges aren’t on the table. If you’re a resident of Rhode Island, call The Law Office of Daniel Griffin today. Attorney Daniel Griffin has years of experience with DUI cases and gets excellent results for his clients. Get your DUI record expunged from the public record today!