DUI Without a Breathalyzer 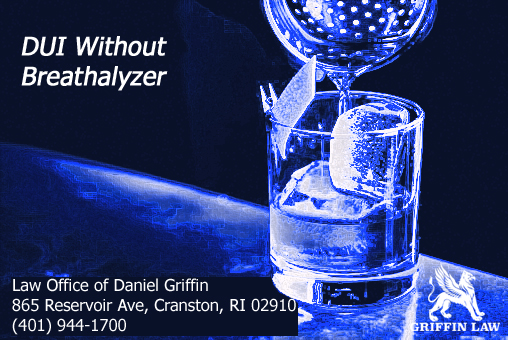 I was charged with a DUI without a breathalyzer. What do I do?

You either refused to take the breathalyzer or the officer’s observations of you were enough to charge you with a DUI. This will be a very tough case in court. Get a DUI lawyer.

In addition to tougher chemical test refusal laws, Rhode Island is a state where there is an “implied consent” law. This means that anyone who is licensed to drive in the state has given implied consent for breathalyzer tests. Refusing to take such a test will result in an automatic suspended license.

What Can a Good Attorney Do?

An attorney who specializes in handling DUI cases will know how to fight tooth and nail on your behalf, via a wide array of legal tactics. DUI law in Rhode Island is particularly complex. If you were arrested for a DUI in Rhode Island, the legal assistance that comes from a respected and successful DUI attorney will be extremely helpful. Without it, you’ll need to try and navigate the DUI legal system on your own. If you don’t have the right knowledge, you’re bound to make mistakes.

With DUIs, there are so many possible penalties, including: jail time, fees, fines and suspended licenses. Community service and drunk driving school may also be recommended as penalties by a District Court judge. As well, it’s very important to understand that a conviction for a DUI will probably mean that you will have a public criminal record for five full years before it can be expunged.

Your DUI conviction will be a matter of public record. While there are exceptions, the vast majority of people who are arrested for Driving Under the Influence (and then convicted) have DUI convictions that other people can find by going to courthouses or using public databases.

When you hire a dedicated DUI attorney, they will do all that is possible to minimize or eliminate the negative legal consequences of refusing to take a Breathalyzer test. Your DUI attorney may go even further, by trying to get your DUI charges dropped or reduced to reckless driving charges. Legal penalties for reckless driving are not as severe as legal penalties for DUI convictions.

If you want to fight a DUI without breathalyzer charge in Rhode Island, call or email The Law Office of Daniel Griffin today. Attorney Griffin has helped so many people in the state to get their DUI charges thrown out or reduced.