DUI Without a Blood Test 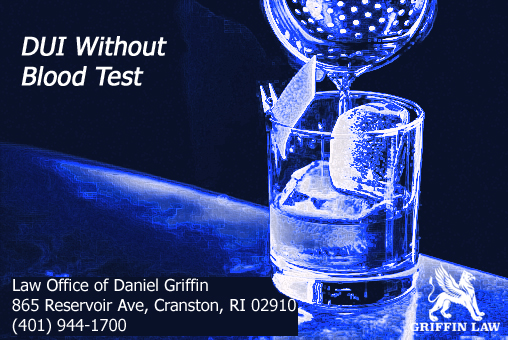 I was charged with a DUI without a blood test. What do I do?

You should get a lawyer because you most likely refused to take the blood test when you were arrested. Most states have “implied consent” which means: if you drive, then you consent to chemical tests.

Charged with a DUI

If you refused to take a blood test when you were arrested, you are in violation of Rhode Island drunk driving laws, which became stricter eleven years ago. In Rhode Island, consent to chemical tests (including urine tests, blood tests and Breathalyzer tests) is implied. Implied consent to these tests is given by everyone who gets a driver’s license in the state.

You agreed to take chemical tests if you were pulled over, right when got your license. That’s the law. When you refused to take the blood test after your arrest, you were, unfortunately, introducing new legal complications into your DUI case. You will need an excellent DUI attorney in order to fight your charges.

If you did refuse to take a blood test when you were arrested, a good attorney who specializes in DUI cases will be able to help you

While many people who refuse to take sobriety tests believe that it will be easier to fight DUI charges as a result, this really isn’t the case. Implied consent rules in Rhode Island mean that refusing to take a sobriety test is a violation of the law. In the eyes of the court, it may imply guilt on your part. Refusing to take a blood test definitely won’t get your DUI charges dismissed. It actually results in an automatic suspended license.

How to Fight the DUI Charges

You need a lawyer in your corner and this type of legal professional should have years of experience helping “DUI without blood test” clients. Laws for DUIs in Rhode Island are fairly complex. An attorney with experience will know everything about these laws and will also know how to fight your DUI charges through legal tactics that have a strong chance of success.

It’s possible you were pulled over without probable cause, which means that your case may be eligible to be dropped. It’s also possible that your attorney may be able to get the case dropped for another reason, or have the charges reduced to reckless driving. There is a lot that a good attorney can do in order to make your life easier.

Do You Need an Attorney?

If you want help with your DUI without blood test charge, call The Law Office of Daniel Griffin today. Attorney Daniel Griffin is an experienced RI DUI lawyer who knows all that there is to know about Rhode Island DUI law. Once you retain his counsel, he’ll be able to fight your charge using the most effective legal tactics.