5 things to expect when you get a DUI 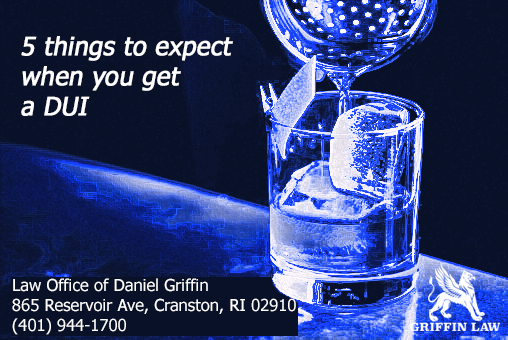 What should I expect when I get a DUI?

When you get a DUI, you should expect to be given a court date. If you’re convicted, many things can happen including: prison, suspended driver’s license, and high car insurance premiums.

In most states, getting charged with a DUI is a serious offense. Aside from the inevitable jail time you will like face, numerous other consequences may occur once the sentence is imposed. Knowing what to expect when you get a DUI is one of the best things you can do to create a defense and reduce any negative outcomes. To make matters easier, hiring an RI DUI lawyer can help you navigate the complicated legal system and prevent further mishaps.

What Is a DUI

Understanding what a DUI is can make a big impact on your ability to properly react to an arrest. It can also help you avoid being arrested. Generally, a DUI is a traffic offense which occurs when a driver knowingly operates a motor vehicle while under the influence of alcohol or drugs. While each state has its own defined legal limits, that is not the only consideration made by the arresting officer or by the courts. A driver’s perceived impairment takes precedence, meaning that a driver can be arrested for a DUI even if their breathalyzer test results are below the legal limit.

The Top 5 Things to Expect

If you become arrested for a DUI, there are several consequences that are likely to follow, including by not limited to:

•            You will serve jail time, and the length of your stay will be determined by the state’s mandatory statutes, your DUI arrest record, the severity of the DUI (felony or misdemeanor), and your ability to post bail.

•            You may have an additional fine imposed, depending on the state in which the DUI was incurred.

•            You will be given a court date wherein you and your Rhode Island DUI lawyer will present and defend your case.

•            Your driver’s license will most likely be suspended, although you may be eligible for a hardship license which allows you to drive back and forth to school or work if you use an in-car breathalyzer device.

•            Your car insurance premium will increase significantly. In many cases, to reinstate your driver’s license and become covered by a new policy, an SR-22 must be submitted to the local DMV.

While each DUI case is unique, states are required to follow a certain criterion when handling these kinds of potentially deadly offenses. To reduce your sentence, prevent your driver’s license from being suspended, or become eligible for a hardship license, it’s imperative that you hire an experienced DUI attorney in RI to handle the complicated details your case.

How to Get Help

Finding a good DUI lawyer in RI can be difficult, but it’s possible. By teaming up with a professional and knowledgeable attorney like Daniel Griffin of Cranston, you may be able to avoid many of the damaging effects of a DUI arrest. Experienced attorneys know what to expect, and they understand what you’re going through and how important it is to you. Defending yourself may be less expensive, but it can be very dangerous to face the judicial system without professional help.