How long will I be in jail for a DUI in RI? RI DUI Laws 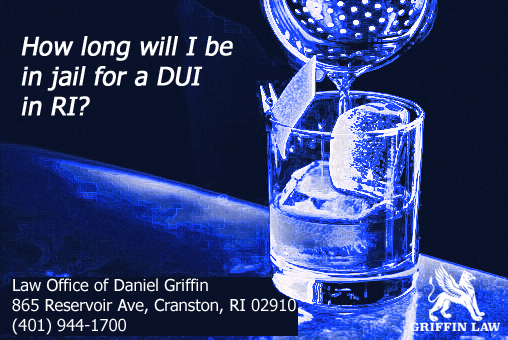 Jail time for a DUI in Rhode Island

Sources are from the Rhode Island Law webserver:

Driving under influence of liquor or drugs

Driving under the influence of liquor or drugs, resulting in serious bodily injury

Driving under the influence of liquor or drugs, resulting in death

One of the scariest parts of getting charged with a DUI in RI is being sent to jail. In most DUI arrests, the driver is held in jail for a short period of time.

The consequences as it relates to sentencing for DUI is complicated. It depends on whether it is your first, second, or third conviction within a 5 year period. It also depends on if you are underage or caused serious bodily harm to another person.

The consequences for a DUI an be serious, and you can jump start your defense by knowing exactly what to do when you’re pulled over. It is vitally important to speak to an aggressive and experienced RI DUI lawyer in order to get your charges lessened or dismissed.