DUI Without a Test 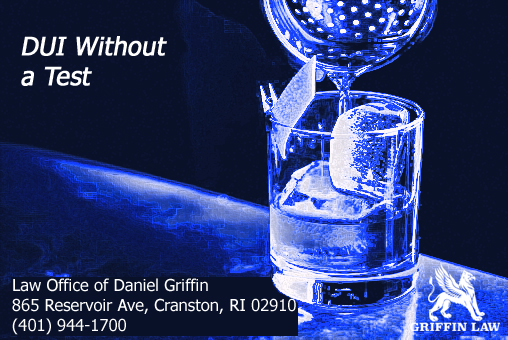 You have a unique case. The facts and details of your case need to be analyzed by an expert DUI lawyer.

If you’ve been charged with a DUI and didn’t take a breathalyzer, urine or blood test- you are probably confused and very concerned. You may also be wondering if your refusal to take a test will help you or hurt you. Lots of people who get charged with DUIs are scared and their minds are filled with worries and questions. Today, you’ll get information about the legal ramifications of a DUI without a test may be. By giving you the facts and moves to make, some of your stress will be alleviated.

Unless there is a plea bargain or charges get dropped, a judge will decide whether or not you are guilty of Driving Under the Influence. Usually, a judge for DUI cases will preside in District Court. Once in a while, juries will decide the fate of people who’ve been charged with DUIs.

While not taking a test may seem like a help because there won’t be chemical evidence of your BAC level when you were pulled over, failing to take the test may not be enough to prevent a conviction. Judges have other forms of evidence that they may examine if there isn’t a chemical test (breathalyzer, urine, blood) to look at.

You’re not out of the woods if you refuse to take a test. You will definitely need a good Rhode Island DUI attorney to help you fight your charges. If you really want to relieve DUI-related stress, investing in a talented and successful DUI attorney’s services will be the best way to take the pressure off. You’ll know that you’re doing all that you can to fight your DUI charges. If you don’t get a top DUI lawyer, you may need to spend time in jail, pay big fines, live with a suspended license, etc.

There’s another factor to consider when it comes to a DUI without a test: implied consent. In a lot of states such as Rhode Island, there are implied consent rules. When people get driver’s licenses from DMVs in implied consent states, they automatically “imply” consent to chemical tests (blood tests, urine tests and breathalyzers).

Since consent is implied, failing to agree to take a test after being pulled over is a legal offense in itself. The judge in your case may wonder why you were so reluctant to take a test after a police officer stopped you on the road. You’re supposed to agree to the test if you’re a driver’s license holder in an implied consent state. So, the judge is going to look very closely at other evidence in the case, such as statements from the arresting officer (the judge will probably give more weight to the officer’s statements than yours) and your history of using alcohol.