How to get your license back after a DUI 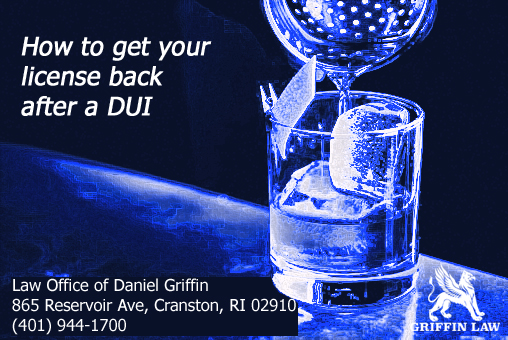 How do I get my license back after a DUI?

Hire a DUI attorney to get your record expunged.

Having your license taken away because you made the grave mistake of drinking and driving is not only a hardship, but it’s also embarrassing for many people. It can cost you more than your reputation; it can cost you your job. Luckily, there are some things you can do to remedy the situation, even if you’ve dealt with the problem before.

What Is a DUI

As one of the most common reasons for arrest on modern American roads, a DUI is a serious traffic infraction that’s considered a crime in the state of Rhode Island. The acronym DUI stands for “Driving Under the Influence,” meaning you operated a motor vehicle while under the influence of drugs or alcohol. It carries with it harsh penalties, including fines, jail time, and driver’s license suspension. Most times, a Rhode Island DUI lawyer is needed to smooth things out and restore your rights as a motorist.

What You Need to Know

Traffic laws differ from state to state. Rhode Island’s post-DUI process is somewhat similar to the process used in many places around the country. A reputable DUI attorney such as Daniel Griffin, located in Cranston, RI, can assist in all steps of the process. Without legal guidance, you must figure out on your own how to become safe on the roads again. In most cases, it is much more difficult than it sounds.

Once your license is taken away, Rhode Island legislature requires you to attend several administrative hearings regarding the incident. For example, a hearing with Operator Control is mandatory as the first step to reinstatement. Furthermore, you are required to visit the local DMV afterwards with the following information in hand:

Although hiring an attorney may seem expensive at first, you save yourself big time in the long run. Attorneys help by:

If you have had your driver’s license suspended or revoked after being convicted with a DUI, certain steps are necessary to ensure you obey the law afterwards. While lots of questions and concerns spring up around such a conviction, and although the process of regaining your license can be difficult, expensive, and time consuming, it is all possible with the right knowledge and legal assistance. The process, which can take quite some time in many cases, is expedited by hiring a good attorney who can expunge your DUI.