Will a DUI affect my job search? 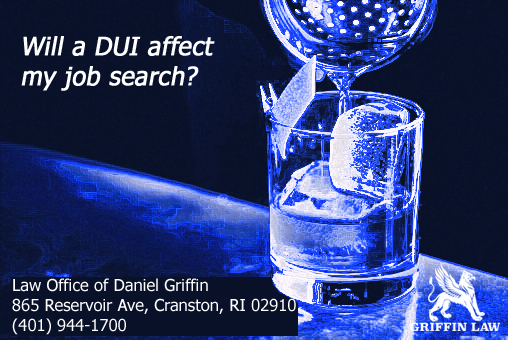 I just got a DUI, will it affect my job search?

It depends on your job and whether or not you’ve been convicted. Contact a DUI lawyer to get your record expunged.

Looking for a good job is already hard enough in today’s competitive economy. When you get a DUI, the search often gets even harder. There are numerous ramifications associated with being charged with a DUI, one of which is finding gainful employment. Unfortunately, a charge that shows that you drove under the influence may directly affect your ability to earn a living.

How a DUI Affects Your Employment Opportunities

Many employers look in to various avenues of an applicant’s life before deciding to hire them. Interestingly, a person’s resume is not the only consideration used to hire or fire an employee. Aside from work histories and credit reports, criminal background checks are often done to determine a person’s eligibility for employment. Here’s how it works:

Employers may view you as too erratic or negligent to hire.

It’s common knowledge that driving under the influence of drugs or alcohol is illegal and irresponsible. Employees and applicants who cannot abide by well-known laws are typically viewed as undesirable, regardless of the experiences listed on their resumes. In addition, DUI possessing applicants who have injured another person or damaged property during the commission of a DUI are considered dangerous liabilities to the hiring company. While this consequence is very inconvenient, it’s certainly a fair assessment, especially if the potential employee is a habitual offender.

You may no longer be eligible for certain jobs that require you to drive.

Jobs that need you to drive or operate heavy equipment may become out of your reach once you receive a charge for a DUI. Obviously, you’re seen as too unreliable for a job like that, especially if the position requires you to transport goods or people outside of the employer’s territory. Even if you have your driver’s license reinstated or have paid for an SR-22 insurance policy, you still might be passed up during the hiring process. Furthermore, you could lose your existing position because of your charge.

Government and/or educational employers may no longer have an interest in hiring you.

Jobs with the government or education system prefer employees who have clean driving and criminal records, for obvious reasons. Being a representative is a big responsibility, so receiving a DUI could ruin your reputation and thereby prevent you from getting or keeping a job in those demographics. Your only hope is to work with a good lawyer to erase or limit the ramifications of the DUI on your record. However, even that is no promise of future employment or stability.

What Can You Do about It?

To broaden your employment prospects and protect your career, it’s often necessary to hire an experienced Rhode Island DUI lawyer from the Law Office of Daniel Griffin in Cranston. Drivers with a suspended or revoked driver’s license not only pose a risk to employers, but they are also seen as having unreliable transportation and personality traits. Since the modern-day job market is already limited, it’s best to refrain from drinking or doing drugs while driving.