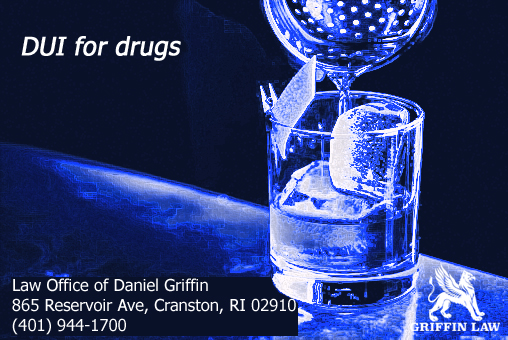 I got a DUI for drugs- what can I do?

Get a DUI lawyer as soon as possible. The police report probably has a lot of evidence on you and will be a tough case.

Ingesting prescription or illegal drugs while driving is very dangerous, not to mention against the law in every state in America. Unfortunately, a doctor’s orders or the possession of a prescription is no defense if you drive a car under the influence. Many prescription drugs come with a written warning about operating heavy machinery, and the use of illegal drugs is not acceptable regardless of your intended actions.

How a Drug-Related DUI is Determined

All drugs affect the person taking them differently. As a result, police often use measured tests to determine the level of impairment of the driver in question. With nearly 10 million people found guilty of driving under the influence of alcohol or drugs every year, using such tests has become vital to keeping the county’s roadways safe.

Drugs typically impair a person’s alertness, motor skills, concentration, and judgment. Such behaviors are considered very dangerous, regardless of whether they surface due to alcohol or drug use. Tests usually include the use of breathalyzers, performance assessments, physical examinations, and general questioning are often administered. Said measurement tests are designed as a quick and concise calculation tool for authorities.

In fact, certain jurisdictions use DREs, or Drug Recognition Experts, to determine the severity of the impairment. Such experts closely examine the person, looking at eye movement, pupil dilation, behavior patterns, balance, and other behavior cues. If any arrest is made based on the results of said tests, the charged individual is then subject to urinalysis or blood testing in most cases.

What Happens with a Drug-Related DUI in Rhode Island?

Rhode Island is one of the 15 states in America that uses what’s known as “Drugged Driving ‘per se’ Laws.” This set of laws prohibits any individual from operating a motor vehicle while under the influence of any amount of drugs pertaining to a specified category – part of the state’s zero-tolerance policy. Arrests made under the ‘per se’ law often require the help of a Rhode Island DUI lawyer to sort things out.

Especially if the offense is repetitive or if it causes damage to property or people, drug-related DUIs carry with them harsh penalties by the courts. Often, such offenses are considered felonies. Unfortunately, the use of illegal or prescription drugs are not the only substances that can land a driver in jail for a DUI. Certain over-the-counter medications can impair drivers as well, resulting in a DUI charge that’s difficult to beat.

Finding an RI DUI Lawyer to Fight Your Case

It’s important to contact a knowledgeable RI DUI attorney if you are caught and charged with a drug-related DUI in Rhode Island. An expertlawyer like Daniel Griffin in Cranston, RI can fight for your freedom by providing an operative defense if you get arrested.